Acronyms of letters of Qur’an & All Religious Scriptures in Arabic & English, to Understand the Correct Meaning of the Words of Religions.

Where ever necessary use, the words as adjective, verb, noun or adverb 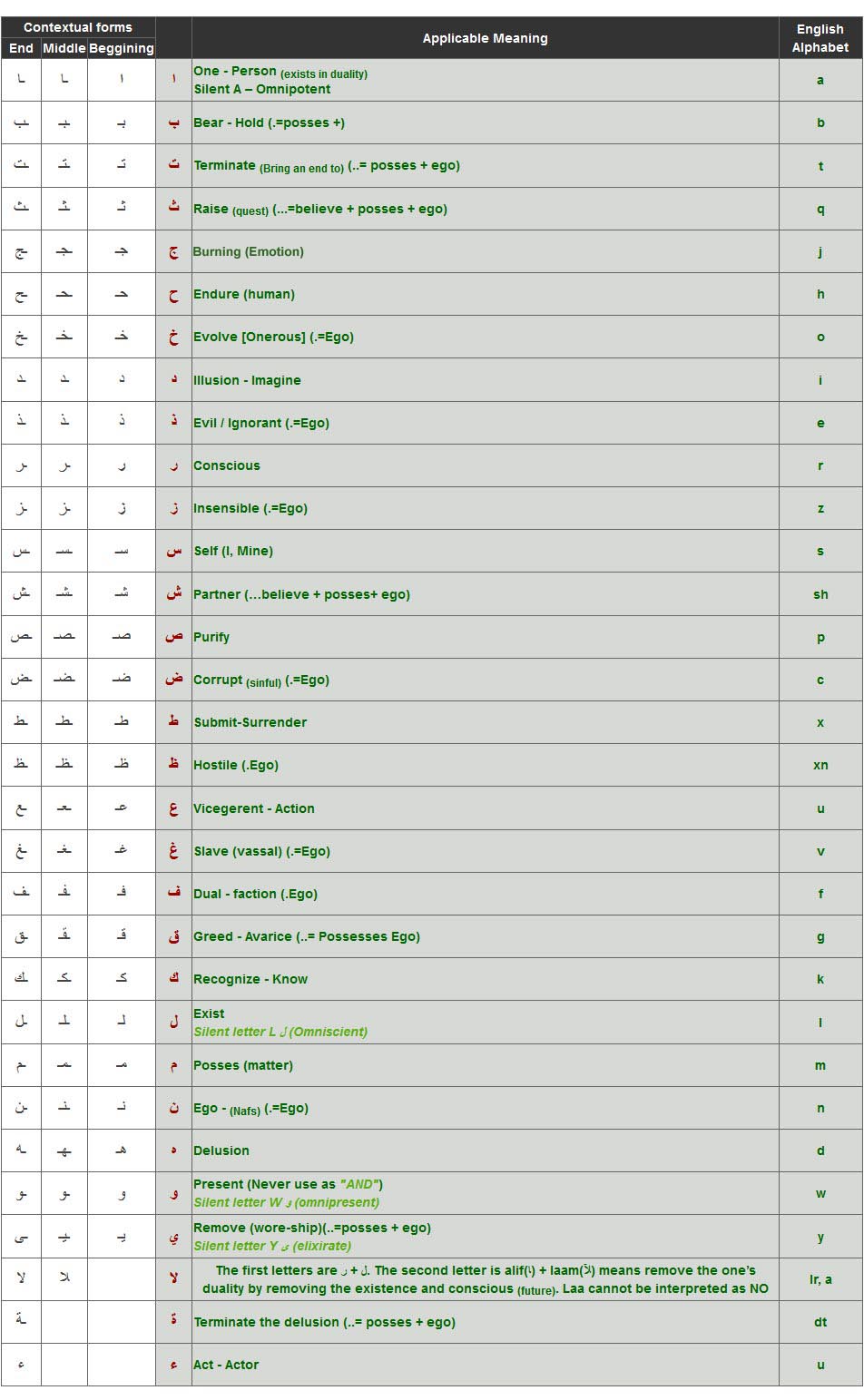 All the letters are combined with alif and yey. Some are more than three letters.

All the religions are one and the same to RE-LEGION. Meaning of the all the letters in religions are same it may be Islam, Christianity, Buddhist, Hindu, etc.

ALL THE LETTERS AND WORDS & SOUNDS EXIST UNTIL DUAL CORRUPT CONSCIOUSNESS EXIST. TOTAL SELF ANIHILATION OR TOTAL ANIHILATION, ONE WILL KNOW ONLY THE ESSENCE OF THE SILENT LETTERS A L W Y (و ا ل ى).

“Qur’ān Of ʿUthmān” (At the Al-Hussein Mosque, Cairo from 1st / 2nd Century Hijra) and the present Quraan give the same meaning although the letters are different. You may be able to use the same meaning of letters to the old Quraan if you identify the correct letter.

This is a basic knowledge for using consonants in Qur’aanic letters.

The consonants are used to recite the Qur’aan, for people who do not know the Arabic language or its grammar. After the prophet, scholars added consonants to the Ayaths, the way they pronounced to suit their recitation. Each scholar used different consonants in different editions of Qur’aan in different periods.

It is not possible to use past, present and future because Qur’aan does not belong to time and space but everything on an instant. Letters sound as ‘OO’(present), ‘EE’ (past) and ‘AH’(future)

As a beginner to interpret Qur’aan through the acronyms first, Surah Fathiha, Ihklas, Falak, Naas, Lahab.